In 2012, we had the idea to take what Blackburn had - empty shops in prime town centre locations, an open minded Council, unused evocative buildings, strong industrial heritage, successful diaspora - and embrace these assets to start to transform the town into a place where people can come to test their ideas, demonstrate their talent and where the town centre has life after 5.30pm. Blackburn and north-east Lancashire had “made things” for a long long time. Gerardine Hemingway’s parents had both worked in manufacturing, Wayne’s stepfather had worked in ICI plastics in Blackburn, and making was referenced on Wayne’s school blazer badge and on Blackburn Rovers’ kit in the motto Art et Labore (by skill and hard work ). It was the statistic that up to 20% of its working population worked in manufacturing and making (around twice the national average and the highest percentage we could find of any town) that made us realise that we had the licence to start to claim that Blackburn could be considered the UK’s pre-eminent making town.

Following eleven months of conversations, engagement, design, advocacy, and hard graft, Blackburn is Open (BiO) was launched on 21 January, 2014. This was our manifesto. A concentrated set of Council owned empty shops were transformed into start-up retail spaces and on-view studios for makers so shoppers, residents and visitors could experience ‘performance making’ and appreciate the act of craft, design and small-scale manufacturing. From a chocolatier, to T-shirt printers, to jewellery makers and a taxidermist, Town Hall Street and the surroundings started to come to life. Visions for the large-scale derelict buildings whose doors were kept firmly closed, including an old bank, the historic Cotton Exchange and St John’s Church, were imagined with local people as hives for cultural, creative and making activity. 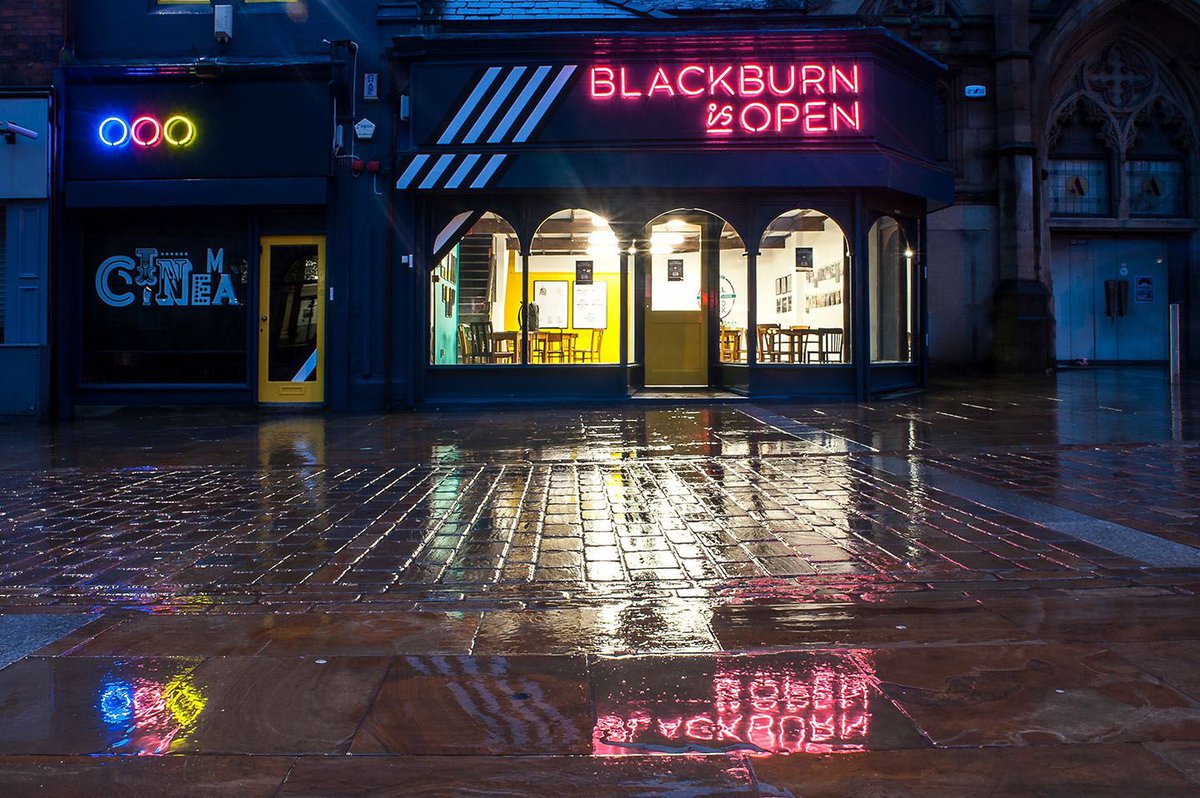 Blackburn is Open facilitated and promoted the implementation of ideas, both strategically and practically, and played a significant role in championing the importance of quality design and application in every aspect of delivery. Collaborating with local designer Stephen Caton of Source Creative, our project trio co-designed and continually implemented brand value - from marketing materials, shop signage and internal presentation, digitally printed artifacts and public art - communicating Blackburn, not as the crap town as featured in the popularist book series, but as a modern, forward thinking, active town. 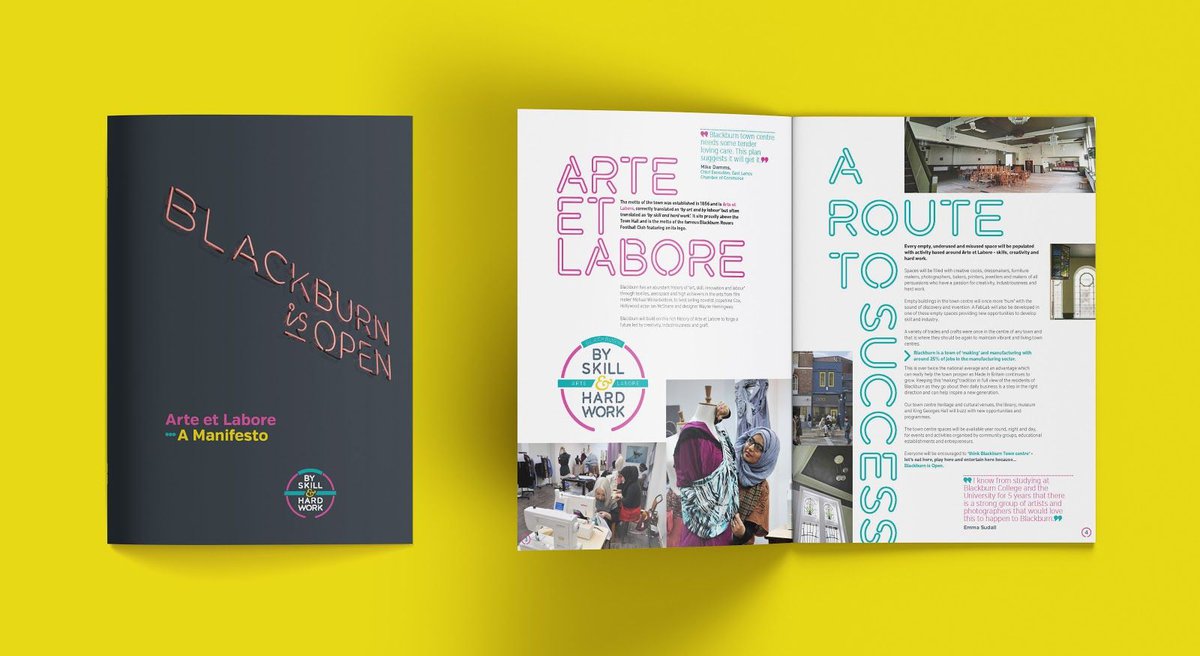 For nearly three years, Blackburn creatives were encouraged to initiate their own response to their town, to see it as a blank canvas or an open studio in which to create! With the dedication from the BiO team, emerging and established makers, artists and designers were empowered to have a go , and be reminded that failure was not possible, as prototyping an idea - be it a business, a shop, an evening event or a recipe - was a fundamental part of the manufacturing process, a key component of their industrial heritage and modern day productivity. 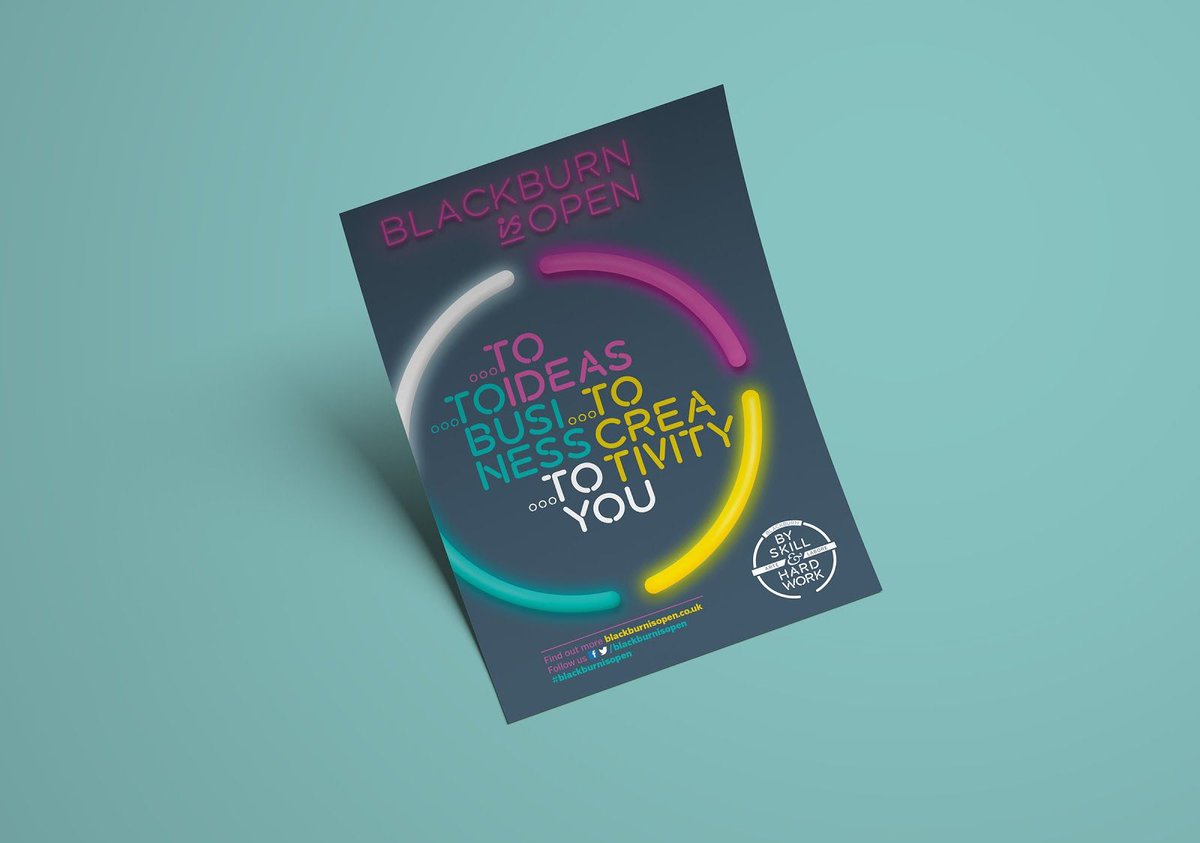 A collaboration with Sheffield University’s School of Architecture enabled post-grad students to develop design research that had a visible and tangible impact on their work and proposals which were used to shape a better future for the town. The students took over empty properties in the town to creatively engage local businesses, residents and young people on the heritage, geography and encouraged skill-sharing exercises to gain a deeper understanding of the town’s potential. Blackburn ReMade was published to provide speculative ideation and aspiration to future place-makers.

As well as inviting ideas from the local community, we also took inspiration from other towns and cities, nationally and internationally, and tested them ourselves. Cape Town’s First Thursday programme - curating a range of evening activities every first Thursday of the month - took place for the first 12 months of the BiO initiative. The aim to open after 5pm, provide a focal time for people to venture into the town centre and experience a vibrant evening of entertainment, shopping and hospitality. First Thursday’s strengthened relationships, brought people out who would normally work from home, provided a non-exhaustive opportunity to further test the market for music, exhibitions, fashion trends, performances and workshops. 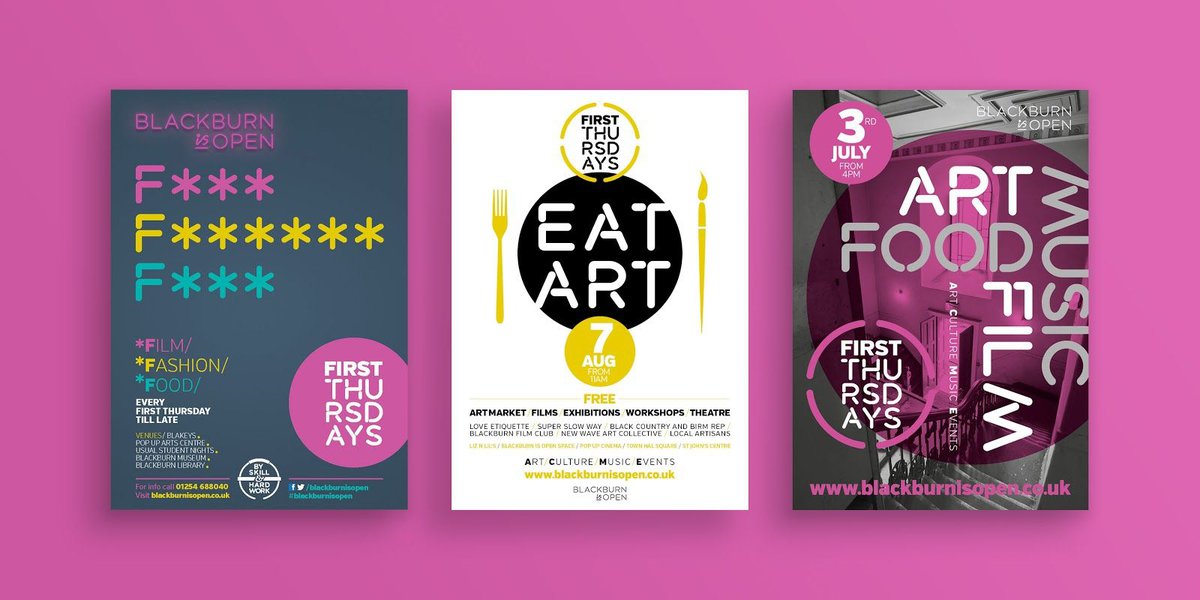 Other regular activities included a monthly Drink and Draw evening, ArtSpace - a network of show and tell and often creating new work throughout the event, and Papergirl, originally initiated from Berlin, where art is created and collected from a global creative community, then exhibited and then rolled up and distributed randomly to passers-by. The UK’s first Urban Room, a recommendation taken from the commissioned Farrell Review, was launched in an empty church. The month-long celebration of art, architecture and the built environment took place on three separate occasions, and brought together both community-driven activity and the regeneration projects led by the Council. Urban Room Blackburn created space for conversation, participation and inclusive engagement enabling local people to find out more about their town, its heritage and its future.

Using the church for meanwhile activities including exhibitions, events and club nights led to the evolution of the community-initiated Bureau Centre for the Arts. Creating space and allowing access to ‘hidden’ areas unlocked the potential for the town, and as a result the scale of ambition and commitment increased. Confidence and pride in activity led to the creation of the By Skill and Hard Work zine, a quarterly magazine on newsprint profiling local skill and talent was distributed to the cool hangouts in the neighbouring cities and online. The zine attracted regional awareness of what cool a northern, post-industrial town has to offer and the core creative community has the power to take control and create positive change. 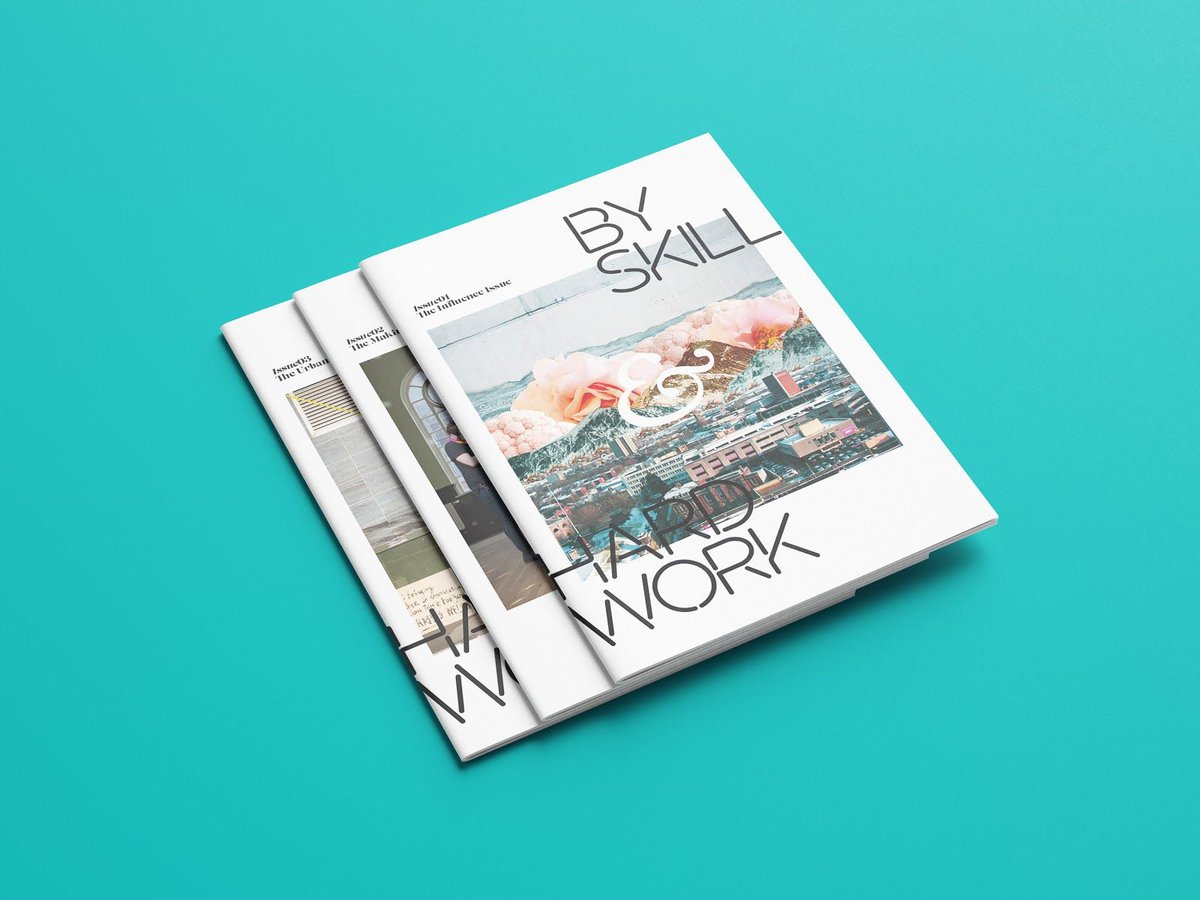 Blackburn started to attract, once again, renowned entrepreneurs like Patrick Grant (Great British Sewing Bee) who saved one of Blackburn’s oldest textile manufacturing companies, Cookson and Clegg, from administration, Grant went on to set up Community Clothing, a social enterprise to make affordable clothes and create great jobs for skilled workers and by doing this help to restore real pride in Britain’s textile communities.

With both the imagination and tenacity of Blackburn’s creative community, pulling in nationally acclaimed individuals and a growing evidence base that the high street was not only for shopping, plans for bigger, longer term, transformational projects started to formulate.

Working with Placeshakers CIC, the appetite for a new makerspace started to be realised, sited in a redundant old bank, adjacent to the museum. The Making Rooms opened in November 2016, perfectly demonstrating how a town can position the importance of the new with the old, the heritage with the future. Advanced manufacturing machinery housed next door to the proud industrial textile machinery. 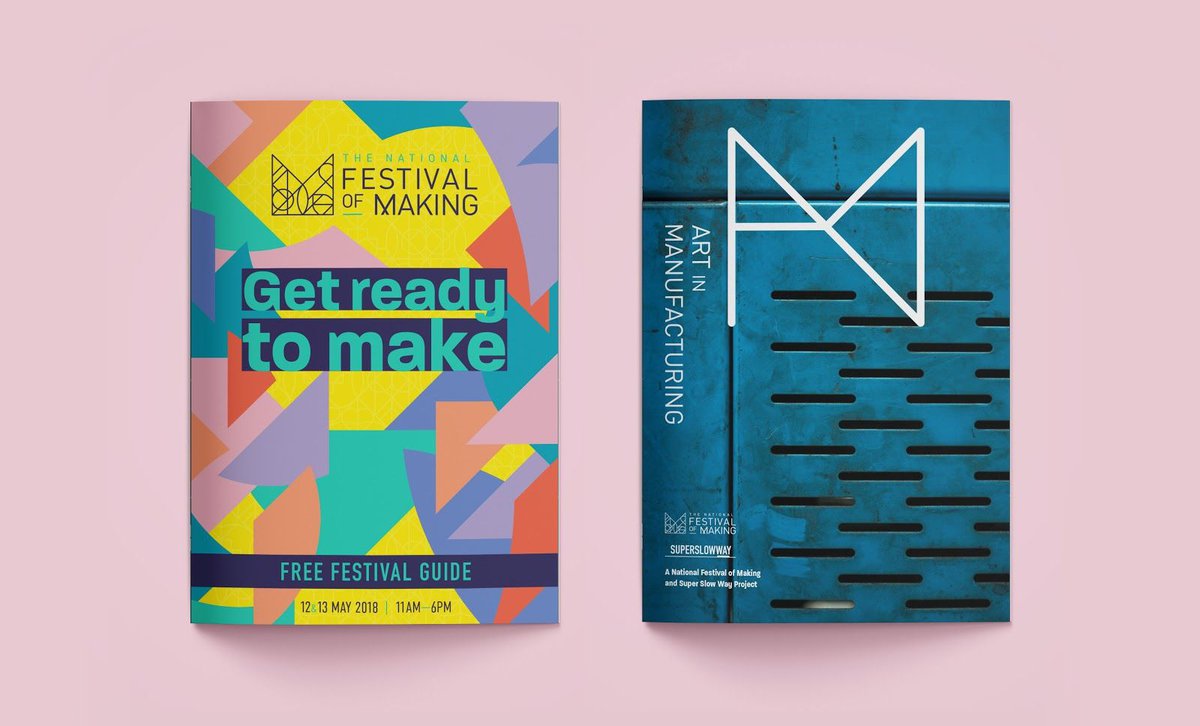 Not everything was building focused. The creation of a new festival with a narrative embedded deep in the town’s manufacturing roots, its multi-cultural community and now its openness to prototyping ideas for the future. Co-designing the potential for an annual event, we established the UK’s first festival dedicated to, and celebrating the act of making. Co-curated and produced with Lancashire’s cultural festival producers Deco Publique, the National Festival of Making launched in May 2017 in Blackburn town centre. Attracting nearly 40,000 people, the festival took over the town centre and implemented the original aims of the Blackburn is Open initiative, using the towns assets to create something truly inventive and original. Collaborations between makers and local manufacturers were created through the festival’s key programme strand, Art in Manufacturing. Key cultural and heritage buildings were programmed with a wide range of making activities and hidden spaces were animated, welcoming new visions and ideas. Now in its third year the Festival of Making has major, and much valued partnerships with the likes of the BBC and is the reigning non music Festival of The Year at the British Festival Awards and is a highlight of the UK Festival calendar.

In addition to the Festival of Making, another key calendar event included the Blackburn Open Walls street art festival, initiated and delivered by Blackburn-born artist Hayley Welsh. With a promise to #makeblackburnbeautiful, in July 2018 Hayley and her team of international artists successfully transformed the town into a contemporary art gallery for the third year in a row, utilising large blank walls to strengthen relationships and build unification between communities. 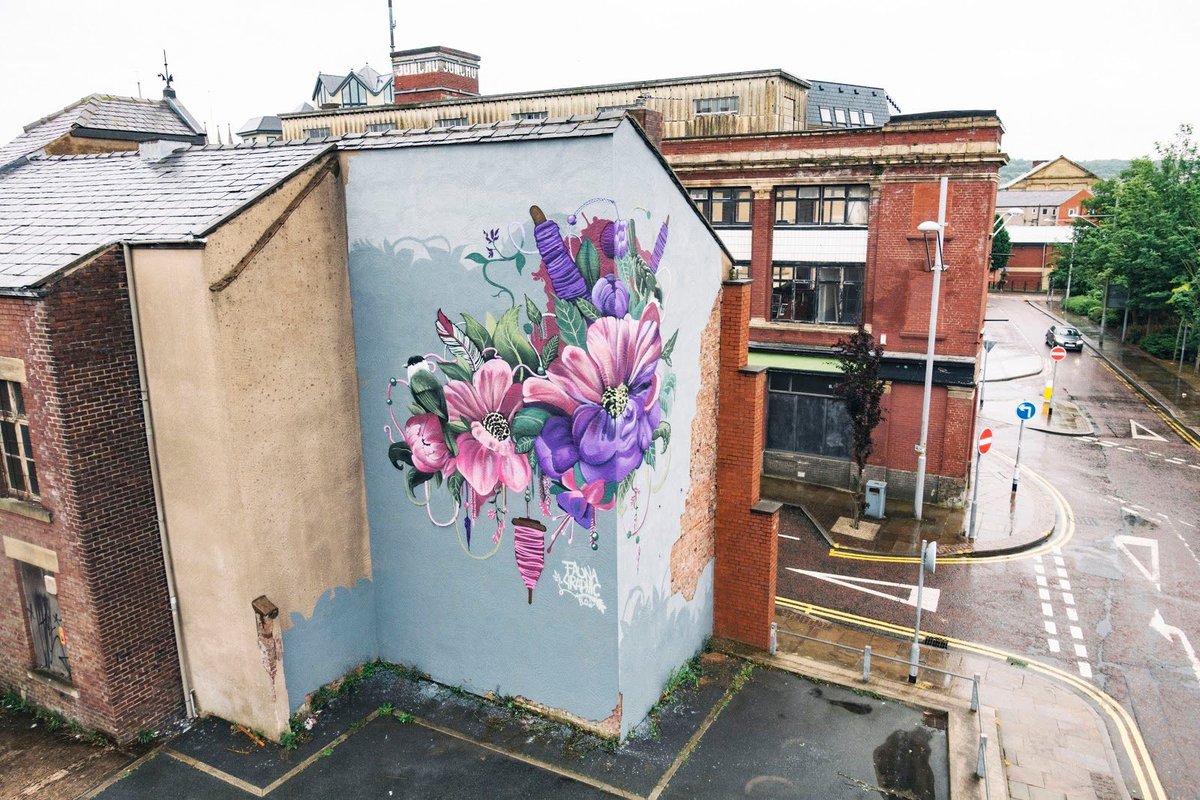 Blackburn is Open was part of the 12 point plan, which laid out a manifesto to change the way we approached the regeneration of the town centre. This was a partnership led by Blackburn with Darwen BC. This programme ended in 2016 but Blackburn has continued to put culture at the centre of its development, and Blackburn is Open as a placemaking initiative has exceeded expectations. Its social and economic impact is continuing to be measured and the legacy is significant. Artists, designers, makers and start-ups continue to influence change and programming in the town. The Making Rooms, the Bureau, the Museum and the Festival of Making continue to strengthen Blackburn’s identity as a place to make and discover new talent. The old Cotton Exchange continues to programme temporary, site-specific artistic responses to the heritage of the town and the building, whilst new bars and restaurants are opening, creating a buzz throughout the daytime and evening. 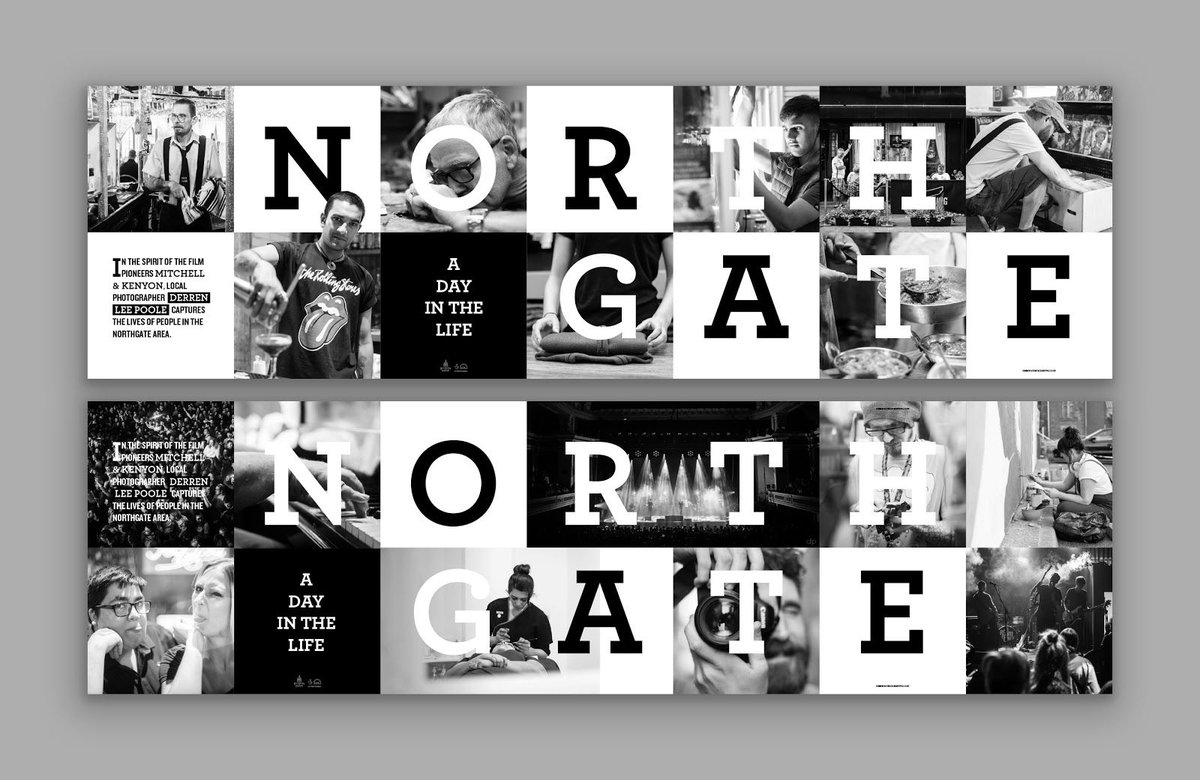 The Northgate area is next on the regeneration agenda, transforming an area known for its daytime drinkers into a metropolis for the evening audiences of King George’s Hall. Once the working studio for historic filmmakers, Mitchell and Kenyon (whose films were discovered in a shop basement and since restored by the British Film Institute), Northgate connects the College with the town centre, opening the town’s potential to its younger, future generation. A future for new ideas, new businesses and creative opportunities.

Some highlighted impacts include:

Blackburn is Open was initiated and produced by Claire Tymon of Placeshakers CIC, Wayne Hemingway of HemingwayDesign, Blackburn with Darwen Borough Council and Stephen Caton of Source Creative.