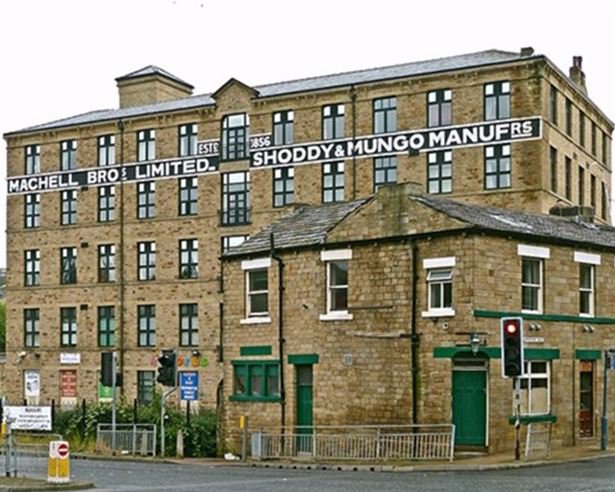 It was the turn of the 80s and Gerardine (my girlfriend and future wife) and I were new to London from Lancashire. We were having fun – records, clothes, nightclubs – and we just fell into our business all thanks to a market. It showed us for the first time you could make money from fashion.

I had blown the rent for our flat on my band. To raise some cash, we hired a stall at a new market in Camden, North West London, that I’d read about in Time Out. It just up from the Electric Ballroom and only £6 to rent a pitch, which wasn’t a lot of money even then. You didn’t have to be wealthy, or go to the bank with a business plan to get a loan. You could just have a go.

Gerardine sold some of the clothes she’d made for herself. I had always had a good eye for clothes and so I sold some of my second hand ones. On the Saturday we took over a £100. We came back the next day and took almost double that. This was the start of a couple of decades in the fashion industry. Within a year we had 16 stalls and were selling second-hand clothing and footwear that we sourced from all over the country and abroad and within months we had started our fashion brand Red or Dead which went onto to become world renowned.

Those early months and years were an adventure for a couple of wide eyed kids just coming out of our teens. One adventure was our discovery of "Rag Yards" or "Shoddy Yards", as they were known in the home of shoddy, Batley and Dewsbury in West Yorkshire. 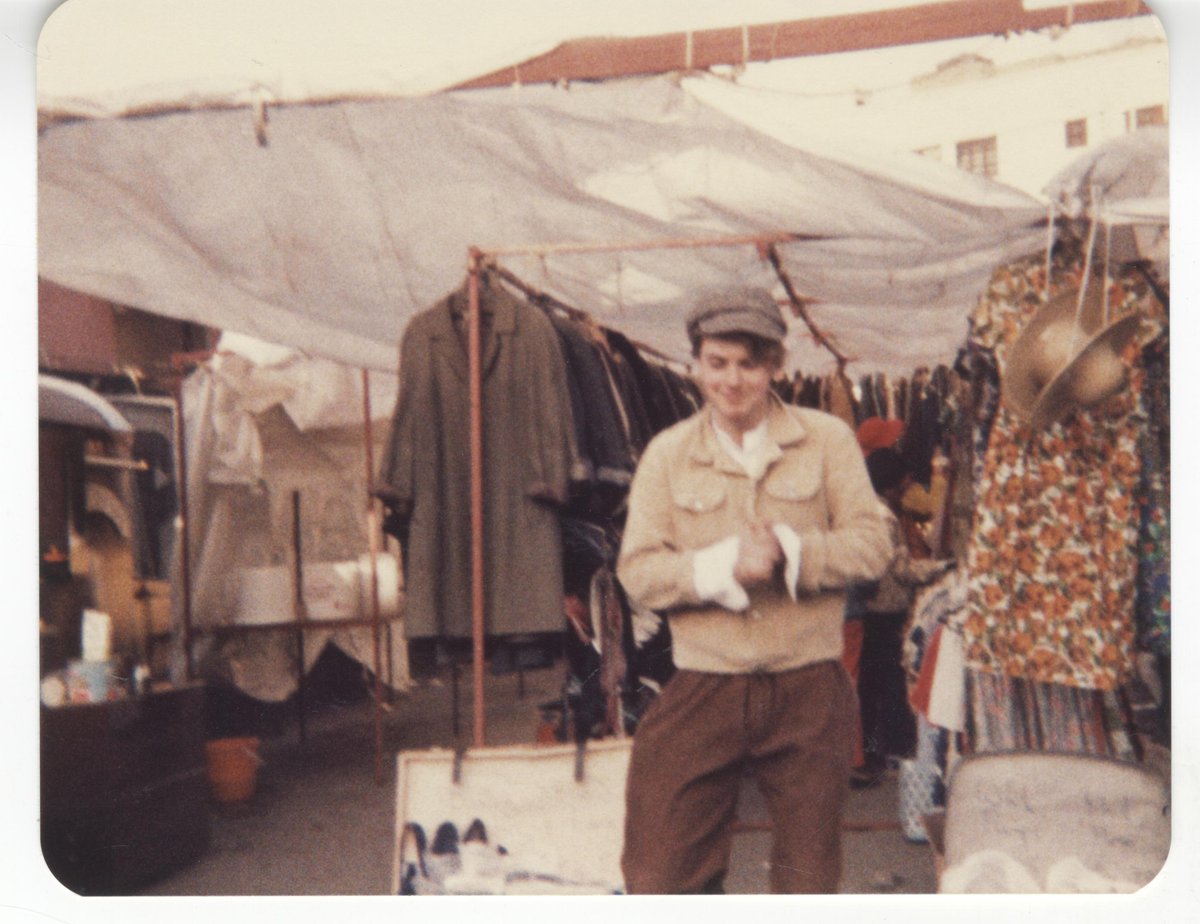 We hadn’t heard of “shoddy” (other than understanding it as a term for poor quality) but it soon transformed our lives. We couldn’t get enough cool secondhand clothes to keep up with demand at Camden and it was my Nan, Ida, ever keen for her only grandson to “make it in that there London”, who asked the rag and bone man who collected from her street, Thirlemere Drive in Morecambe, what he did with the old clothes that she offloaded onto his cart before she fed  his horse an apple. He told her of the shoddy yards where he would weigh in his rags for cash.

The history of shoddy is fascinating as this website shows here.

In the time before the Industrial Revelation much more time and many more people were needed to prepare and spin the yarn than were needed to weave the cloth. Spinning was a time consuming activity. On the other hand the weaving went relatively quickly. The word "spinster" (to denote someone who never married) is a reflection of the need to have people who had virtually no life except spinning in order to provide the family with enough yarn to keep the family clothed. Spinning wheels greatly speeded up this process, but it still required more spinners than weavers. With the advent of carding and spinning machines the process was accelerated to the point that spinning could more than keep up with weaving. The cloth industry grew at a rapid rate after the introduction of carding and spinning machines. The increased demands for cloth created a need for more raw materials and out of this need shoddy was born.

Benjamin Law developed a process of turning recycled old rags mixed with some virgin wool into shoddy around 1813. He was unable at the time to figure out a way of incorporating tailors clippings into the process. This was figured out by his nephews several years later and was called "mungo". By 1855, 35,000,000 pounds of rag were being sorted and processed into yarn to make "mungo" and "shoddy". The making of shoddy and mungo is a similar process to the making of woollen and worsted, once the rags had been ground up and processed into yarn.

Batley and Dewsbury were the major centres for the rag collecting and sorting business, as well as the manufacturer of shoddy and mungo. Rags were collected from two sources.

Old rags were not as valuable, as they were dirty and needed more processing to turn into yarn. New rag was used for mungo, which was a finer cloth than shoddy. Mungo was developed by Benjamin Law's nephews, who were the sons of his partner, Benjamin Parr, and Parr's wife, Elizabeth Sheard (The sister of Benjamin Law's wife, Lydia Sheard.)

The sorting of the rag was done at the rag merchant's establishment. The work was mostly done by girls and women. The sorting was done in large well-lit rooms over tables with "riddles" (basically a wire mesh to allow the dirt and dust to fall through). Baskets were placed all around the worker, who sorted the rag to the baskets by quality and colour. Sorting was skilled labour. Rag sorters had to recognize the difference in quality of the rag in mixed lots both accurately and quickly. A smart rag sorter could sort about one cubic weight of old rags in one hour. New rag took longer, because it required greater care due to its higher value. Only woollen and worsted were used to make shoddy and mungo. Cotton rag was used to make paper.

The trade or occupation of the late owner, his life and habits, or the filthiness and antiquity of the garment itself, oppose no bar to this wonderful regeneration; whether from the scarecrow or the gibbet, it makes no difference; so that, according to the change of human affairs, it no doubt frequently does happen, without figure of speech or metaphor, that the identical garment to-day exposed to the sun and rain of a Kentish cherry orchard or saturated with tobacco smoke on the back of a beggar in a pothouse, is doomed in its turn to grace the swelling collar, or add dignified proportion to the chest of the dandy.

And again from Mr Taits book:

Hither are brought tatters from pediculous Poland, from the Gipsies of Hungary, from the beggars and scarecrows of Germany, from the frowsy peasants of Muscovy; to say nothing of snips and shreds from monks' gowns and lawyers' robes, from postilion's' jackets and soldiers' uniforms, from maidens' bodices and noblemen's' cloaks" A heterogeneous collection truly, to be shredded by "devils" into mungo fibre, re-spun and re-woven, and thus resurrectioned into new material for the backs of people who little dream of the various vicissitudes through which their garments have previously gone.

Shoddy has come to mean something made with inferior material. However, the development of shoddy in 1813 was of financial significance in the woollen trade in Yorkshire in the 1800's and later. Batley became the centre of shoddy manufacturing in England and was still the centre of the shoddy trade as late as World War I.

At that stage of life Gerardine and I were not interested in the history, but rather just filling our battered old Luton Transit vans with booty. We would leave examples of all the items from the 20s to the 70s that we wanted them to put under their sorting benches and the conveyor belt and save for us rather than drop down the woollen cotton or mixed fibre chutes to go to be baled and then recycled. We would “tip” them per item and if they found some real 20s gems of dresses, a mint demob suit or a 50s full circle suit slip them a note rather than coins. We would then weigh our booty and pay the mill owner.

There was something Dickensian about these shoddy yards with the gritty women their colourful pinnies and headscarves (and equally colourful language) with a fag hanging out of the corner of their mouths. 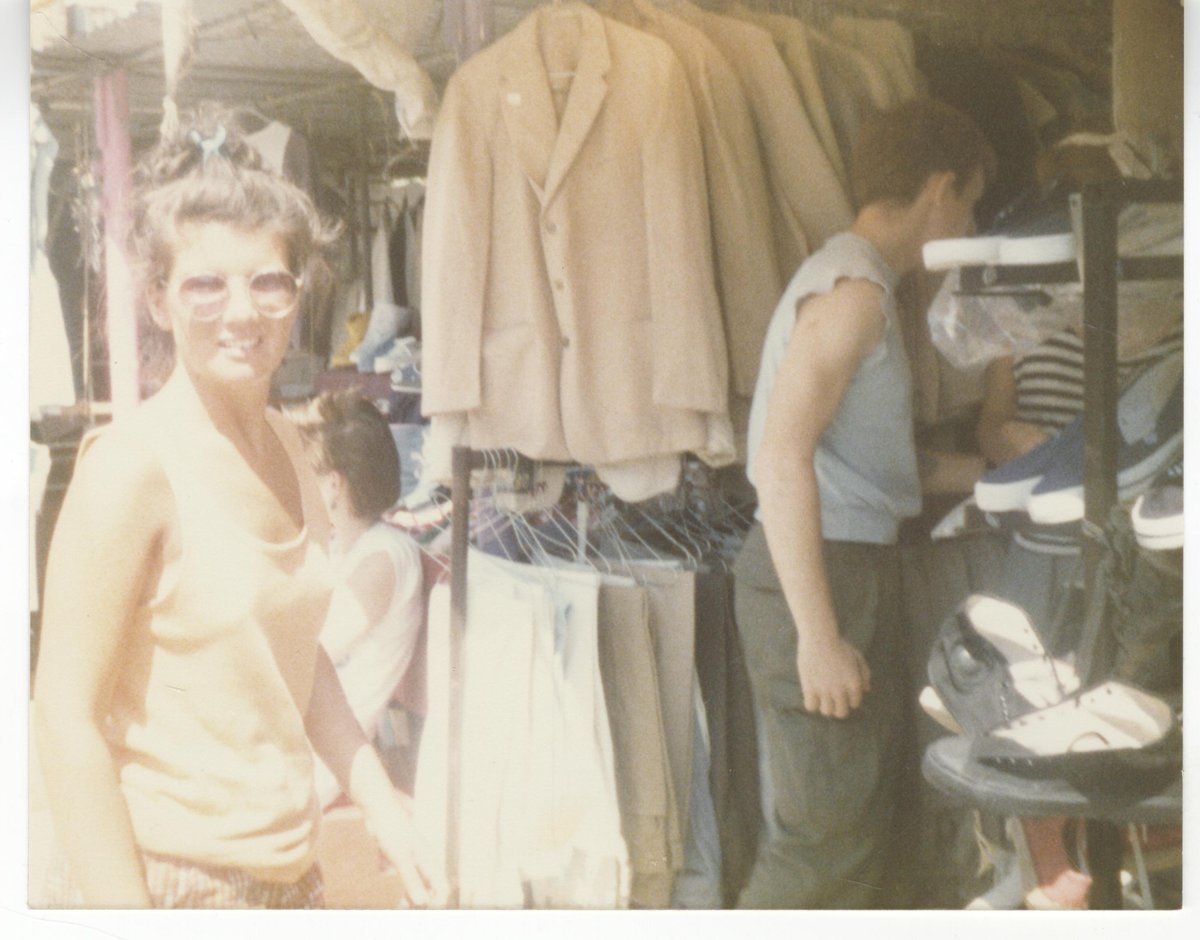 The shoddy yards were Gerardine and I’s education for the history of fashion. Thousands of items passed through our hands (we have kept a substantial haul of real bobby dazzlers though). Shoddy yards were our replacement for design college and helped us develop “the eye” that served us so well in setting up Red or Dead in the early 80s and still serve us so well in HemingwayDesign.