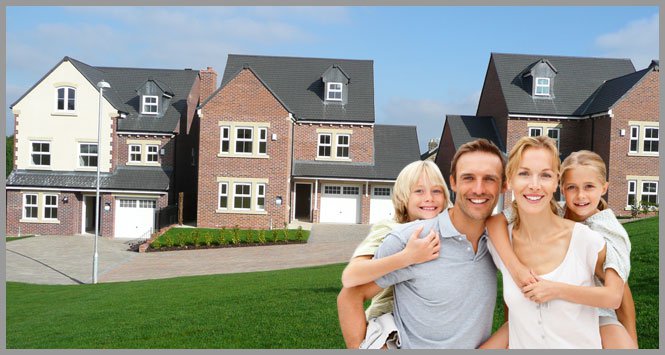 It’s over 15 years ago since I coined the phrase the "Wimpeyfication and Barrattification of Britain" and started to publically criticise Britain’s mass housebuilding industry for building homes that in many cases were way below the standards of quality, design, longevity of the past. Whilst there are pockets of improvement and some pretty decent developments have been since completed the majority are still pretty miserable.

I have developed my argument since and in talks I often show new developments that it is pretty impossible to find beauty in. I am regularly pulled up by developers who say that they can sell everything they can build and thus are providing what the public want. I am adamant about the reason for this THERE IS A BLEEDING MASSIVE SHORTAGE AND WHEN THERE IS A SHORTAGE FOLK ARE DESPERATE. Imagine if car manufacturers had to restrict their output, they would cut back on innovation and design. Any industry would to do that.

Invariably a young person in the audience backs me up and says they would rather live with their parents than buy a new-build home. They talk about design and very often size (come on let’s have a return to Parker Morris standards).

I have unearthed some significant research that clearly backs me up.

From only a quarter willing to look at a new-build...to only a fifth.

It’s pretty damning stuff and there is surely no other industry that survives or could survive without massive shortages.

So what to do? I have written extensively about the issues, but the government seems to be systematically stripping away anything that could hold the mass housebuilders to account. In the 2010 "bonfire of the quangos" effectively stripped away the conscience of the mass housing industry by wounding CABE (The Commission for Architecture and the Environment) CABE had been busy successfully upskilling and empowering planners and through Building For Life had created a system of reward for excellence that the industry was supporting.

This government seems to see planning and what planners can achieve in terms of looking after the built environment for the common good as red tape that must be removed. But it just plays into the hands of developers and their shareholders and surely it is time that someone was quantifying the lifetime costs of crap housing, the costs of having 80% of people not liking something as important as new homes, the cost of this in terms of nimbyism (of course if you don’t like new homes you don’t want any built near you or its “bang goes the neighbourhood”).